In a town with a history as long and storied as Innisfil’s, there’s no shortage of eerie tales and relics of days long past to spark the imagination, particularly during this festive Halloween season. One such intriguing story also happens to be relatively unknown as nature has reclaimed and hidden much of the evidence. For those curious, the memory has been preserved only in the form of a short passage in the Township of Innisfil Historical Review, Ontario Bicentennial Edition of 1984 as well as a map of Historic Sites of Innisfil, both the work of local historian Brian Baker.

Not yet entirely forgotten, the tiny mill town of Lennox once stood tucked away between lots 8 and 9 on the Fifth Line of Innisfil. Formerly a rather thriving milling centre situated on a branch of Innisfil Creek, the small community was established in the mid-1800s and lasted until the end of the century. Featuring a grist mill, saw mill, shingle mill, miller’s residence, and several smaller homes for the workers, the hamlet was important enough to even boast its own post office from 1872 until 1881. 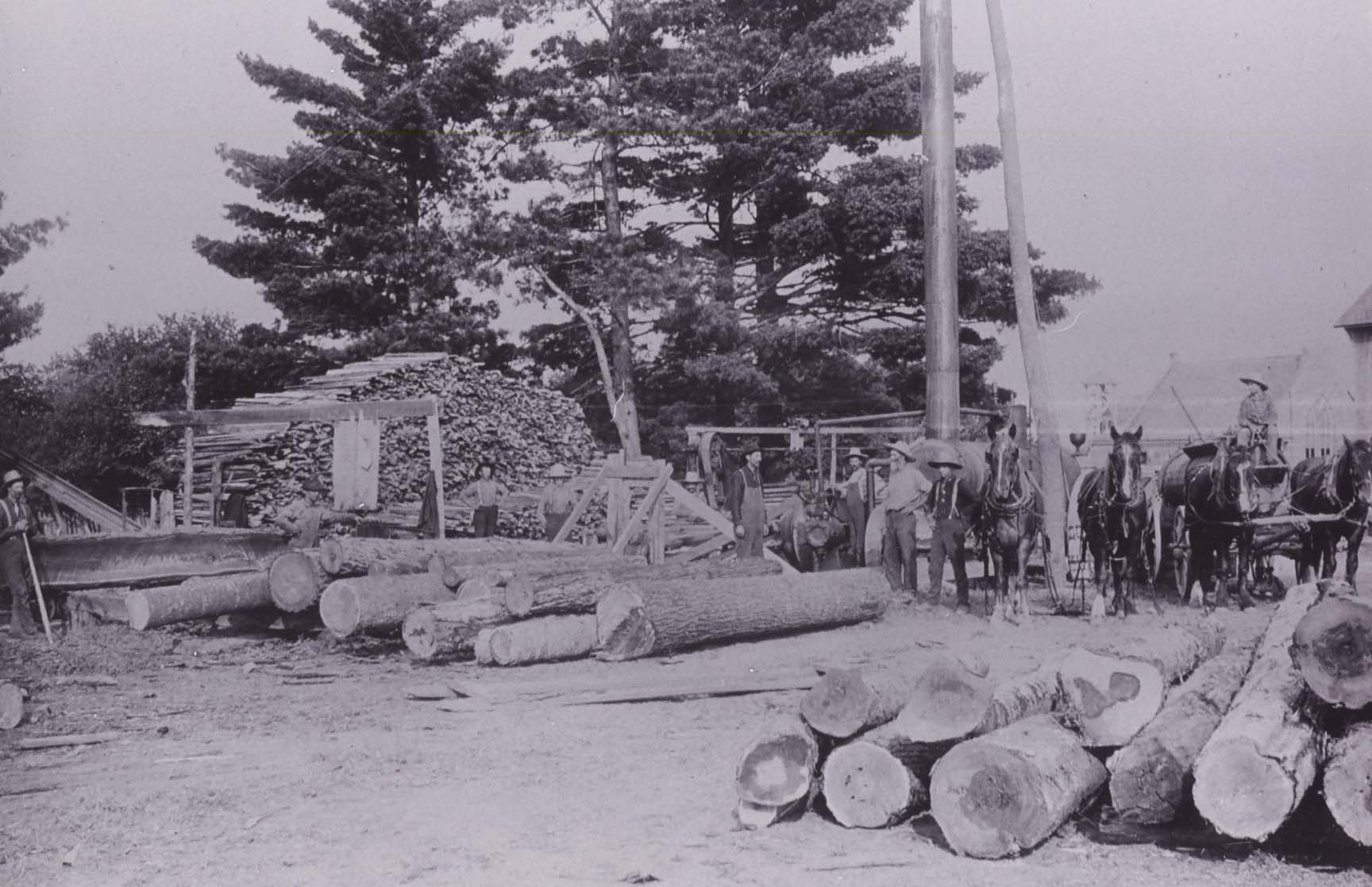 Although no photographs survive of Lennox or its mills, this photo taken in 1900 of a sawmill owned by Daniel Quantz provides an idea of the once busy hamlet's appearance

As the story goes, not long before the village began to decline, tragedy struck when a labourer fell into the millpond and drowned. His friends and co-workers were then tasked with the gruesome chore of draining the pond to retrieve his body. Numerous times after the incident the retaining dam and causeway failed, resulting in the draining of the extensive pond time and time again. It wasn’t long before people suspected the cause was the millhand returning in his ghostly form, and several locals began to report hearing a splash and a cry for help from the pond. Of course, the surface of the water remained still whenever they went to investigate.

Soon after the event the mills fell out of use, the buildings fell into disrepair, and the hamlet of Lennox was destined to become nothing more than a footnote in Innisfil’s history. There is no real site left to visit but if the stories are to be believed, the spirit of one unfortunate millhand will ensure the legacy of Lennox will carry on.